Stability and enhancement in the h/p/cosmos management! 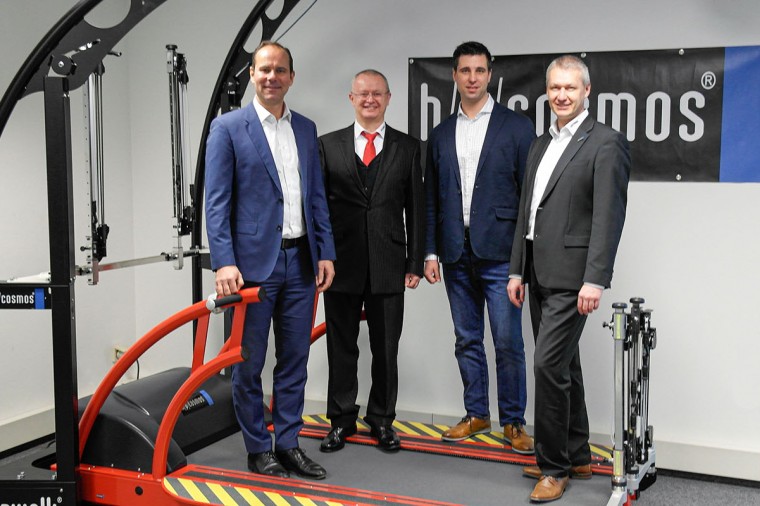 Since its foundation 1988, h/p/cosmos has gained its reputation as specialist and manufacturer for professional treadmills as well as training- and diagnostic systems. Customers around the globe from the fields of medicine, science, performance sports and fitness rely on and benefit from the safe, innovative and durable products made in Bavaria. Under the leadership of company co-founder Franz Harrer, the company has continuously been growing since 1988 and now employs more than 60 employees at the headquarter in Nussdorf near Traunstein at lake Chiemsee. Political stability and clear, owner-led company structures have created high levels of trust and loyalty amongst long-term employees, partners and customers.

It is the company’s economic stability (equity financing with no leasing or debt financing for more than 12 years), its philosophy with the interconnected values and especially the motivated and enthusiastic team that form main pillars of the company’s success. With the appointment of Richard Schmidt (who joined h/p/cosmos in 1996) as second Managing Director and Alexander Böck as Authorized Signatory (with h/p/cosmos since 2005) in March 2016, two deserving team members got promoted to the management.

During a shareholders and a company meeting, Alexander Böck got appointed third Managing Director of h/p/cosmos sports & medical gmbh on 04th March 2020.

Also with effect of March 2020, Thorsten Jochner, who has been driving the marketing at h/p/cosmos for one year, got promoted as Marketing Manager.

Company co-founder Franz Harrer took the chance of the meeting to thank the team and each employee for the ongoing commitment, loyalty and the effort put in the company and the targets agreed on. The embodied values, especially loyalty, honesty, motivation and the commitment of each and every single one have continuously empowered the company since its establishment 32 years ago and are a solid base for a continued, healthy growth. The great voice of customers, current and upcoming product launches such as the new UserTerminal with big touchscreen, Windows 10 and MCU6, as well as the plans for a new company building on the company owned ground drive our daily work!